One in four young people are seeing advertisements of illegal drugs for sale “everywhere on social media”, a BBC investigation has revealed.

Jim Connolly, a reporter for Radio 1 Newsbeat, created Snapchat and Instagram accounts and searched for key phrases. Within minutes, he had been repeatedly offered drugs for sale.

When he spoke to one dealer, Connolly was told he was not the first to get in contact and that the dealer dealt with “loads of people”.

A group of people who have lost relatives to drugs has called on social media companies to do more to restrict drug sales online.

Grace Allum, whose cousin died after taking MDMA, said: “I feel very frustrated by seeing it all over my social media because it glamourises being a drug dealer, taking drugs. It’s all become the norm now. It’s everywhere on social media.”

Fiona Spargo-Mabbs, whose son died from taking the same drug, said: “It should be fun sharing silly videos or lovely photos – lovely and positive and part of their social world. And then you throw into that drugs and how do they make sense of managing ‘this is something that’s great and this is something that isn’t’?”

Fiona’s other son Jacob said tech companies can and should do more. He pointed out that they already prevent sharing pirated videos, so “they have the tools that they need”.

As part of the report, Connolly was shown a video circulating online attempting to both sell drugs online and recruit more dealers.

She said: “Videos such as these give dealing a level of credibility that we haven’t seen before.

“It’s legitimising it, it’s making it look like a glamorous occupation, and our concern is that it could be getting more people, particularly young people, into the drugs trade.”

The National Police Chiefs’ Council Lead for Drugs, Jason Harwin, stressed that “media services have got a duty to prevent this in the first place”.

“If that was the son or daughter of one of the social networks that are providing or allowing this to take place, would they be thinking ‘we should be doing more about it’? I’m certain they would.”

In a statement, Instagram responded to the BBC, saying: “We know there’s more to do and we’re committed to continue working with law enforcement and youth organisations to help keep drugs sales off Instagram.”

Snapchat claimed: “It’s harder for dealers to market or offer drugs to large audiences on Snapchat than on other platforms.” 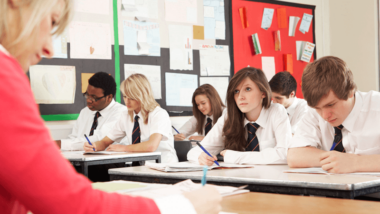