Transgenderism is one of the most contentious issues being debated today, affecting everything from beauty and fashion, to sports, education and the law.

Dr Sharon James is social policy analyst for The Christian Institute and the author of Gender Ideology: What Christians Need to Know, which as the title suggests is a handbook for the Church to get grips with this challenging ideology.

She speaks to Christian Today about why she is so worried about how the debate of gender identity is playing out and the implications for society, most especially children.

CT: You’re quite brave for putting these views out there as traditional views may not always receive a warm reception. How has the reception to your book been?

Sharon: I always like to speak positively and I’ve been encouraged by some very strong reviews on sites like the Gospel Coalition and 9Marks. I absolutely understand that there are people who disagree with me on this but, as I argue in the book, we should protect freedom of speech and allow people to have their genuinely held conscientious objections and opinions.

what do real respect and compassion and kindness look like?

CT: What was it that prompted you to write this book?

Sharon: This issue has come upon us very quickly. Even 10 years ago, very few people might have heard of the term ‘transsexual’ or ‘transgender’, but today it’s one of the biggest social and moral debates in this country – and indeed internationally. 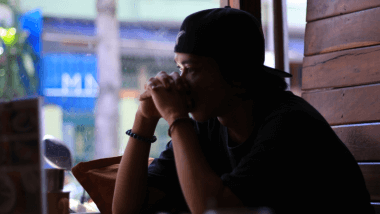 What is transgender ideology?

Listen to our podcast on the issue

It somewhat caught Christians on the back foot because as Christians we rightly want to treat every human with dignity, because every human is created in God’s image and we’re to love our neighbour and treat everyone with kindness, respect and compassion.

But the question is: what do real respect and compassion and kindness look like? Does that mean we have to endorse everything that a person claims about themselves? And what if that claim is based on a lie?

Many people who are genuinely suffering gender confusion are actually victims of a false ideology, and we need to make a very clear distinction between trans activists who are promoting an ideology and people who are actually suffering from gender confusion, because those people may not themselves want to promote that ideology. Nonetheless, they are victims and to help them, we need to understand what gender ideology is.

CT: What do you think has made transgenderism so quickly become one of the biggest hot button issues of our day?

Sharon: There are a number of reasons, which I explain in greater detail in my book, but activists within international bodies are promoting this theory that we have a gender identity that is completely separate from our biological sex. Confusingly, different people mean different things by gender identity and it’s based on personal feelings.

Worryingly, some girls just skip school during their periods.

But in most cases it seems unscientific – it’s unprovable and unfalsifiable – and yet it is with amazing speed being embedded in our legal system and promoted in schools. One indication of this is the number of story books promoting this idea and aimed at very young children that have been produced recently. For example, The Gender Fairy is a picture book that tells 4-years-old “only you know whether you’re a boy or a girl, no one can tell you”.

Multinational businesses are falling over themselves to appear progressive and there’s big money in it for pharmaceutical companies.

CT: Going one step further than that, some schools have already introduced gender neutral toilets. What do you think about this development?

Sharon: I’m deeply concerned. More and more schools are installing gender neutral toilets as a replacement for single-sex facilities. ‘Gender neutral’ is of course a euphemism for mixed sex toilets and we’re hearing all over the country that girls in both primary and secondary schools are finding this not just embarrassing, but frightening.

it’s incredibly complex and, sadly, parents are often blackmailed by this argument about suicide into supporting their child’s demands.

Some girls then prefer to avoid going to the toilets, they avoid drinking and hold on until they get home, which then puts them at risk of urinary tract infections. Worryingly, some girls just skip school during their periods. Transgender Trend has gathered recent disturbing evidence on this subject for anyone wanting more information. 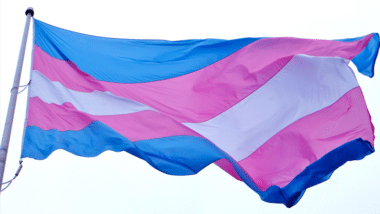 Use of puberty blocker drugs on kids to be reviewed

CT: What do you make of the RSE curriculum coming in in September and removing the right of parental withdrawal?

Sharon: Even before this has been introduced, at The Christian Institute we are already hearing from parents and teachers who are concerned about the promotion of this very dangerous ideology, particularly to younger children.

Many people are concerned about this, not just Christians

We are very concerned that later this year, relationships education will be compulsory in primary and secondary schools with no right of parental withdrawal.

It’s very important that parents check out exactly what schools are teaching their children and to find out whether campaign groups are going into their child’s school. If they have concerns, we have resources to help inform them and an education officer who may be able to offer advice.

CT: Something that is often pushed by activists is the bullying of children with gender dysphoria. How real is that risk?

Sharon: Particularly trans campaigners and activists speak about bullying and suicide, and their argument goes that if we don’t affirm everyone who believes they’re the opposite gender, no matter how young, then we’re failing them and putting their mental health at risk, they’ll be bullied and they’ll be at risk of suicide.

And that message is being levelled at parents if their child expresses even the slightest doubt about their gender. Parents are being told they must affirm their children or they’ll try and kill themselves.

The whole issue of bullying and suicide is a very sensitive topic but Christians, I think, are at the forefront of role-modelling to children that we can disagree with people’s beliefs and lifestyles but that we must never be unkind. And I do believe that Christians take a lead in promoting the message that everyone should be treated kindly whoever they are.

Ephesians 4:15 tells us as Christians that we are to speak the truth but in love, applying biblical principles without compromise, but with compassion.

But usually activists are talking about self-reported suicide attempts and ideation (giving serious thought to taking one’s own life), which is different to suicide itself, and we also need to remember that gender confused teenagers and adults experience higher rates of mental illness than the general population. Furthermore, research of suicide attempts thus far are limited, and some studies suggest that suicidality is worse after sex change treatment.

Preliminary studies from the Tavistock clinic found that after a year of using puberty blockers there was an increase in those who said they deliberately tried to hurt or kill themselves. It also found that the suppression of puberty did not impact positively on gender dysphoria and that girls were more dissatisfied with their bodies after the treatment than before.

So it’s incredibly complex and, sadly, parents are often blackmailed by this argument about suicide into supporting their child’s demands. 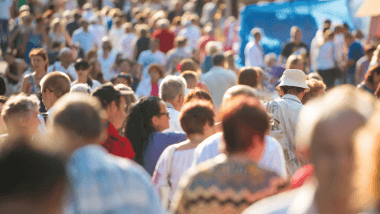 CT: The Government has been consulting on gender self-identification to make it easier for people to change their genders. Will this leave girls and women at greater risk, as some are arguing?

Sharon: At the moment, under the 2004 Gender Recognition Act, any adult who believes that they are a member of the opposite sex and have lived like that for two years can apply for a gender recognition certificate and that means that their legal sex can be changed, including on their birth certificate.

At the last count, just over something like 5,000 certificates had been issued to people in the UK but the Government is committed to making that process easier by streamlining and ‘de-medicalising’ the process. That means allowing people to self-declare, which would make it possible for someone to change their legal sex without the need for the consent of two doctors, or to have lived as a member of the opposite sex for two years.

Many people are concerned about this, not just Christians, not least because of safeguarding implications. It would make it so easy for predators to pose as transsexuals. Now, it’s important to make clear that I’m not saying that transsexuals are predators, but that predators can pose as transsexual in order to access female-only spaces.

And of course, this approach could ultimately signal the end of female-only sports. At the moment, there are some protections for female athletes, but if we do go down that self-declaration route, then increasingly male athletes self-identifying as female would be able to use their significant physical advantage to win lucrative competitions.

CT: Another aspect of the law that has become concerning not only for Christians but a lot of feminists is so-called misgendering. Do you think any action needs to be taken at a higher level to stop people falling foul of the law?

Sharon: We can be thankful that we live in a democracy and have the right to engage with our lawmakers about public policy. Many are concerned about this and these concerns can be made known to our MPs. I would encourage people to sign up to The Christian Institute mailing list for updates about effective action.

But I would remind people of a Christian-owned baking company in Northern Ireland who won their appeal at the Supreme Court, which said that it was wrong to compel speech. In other words, it is wrong to force someone to say something they don’t believe in.

We need to be vigilant in defending the rights of freedom, thought, conscience and expression. Sometimes those rights are being contravened and in some cases, it may be right to take advice about whether legal action is needed. The Christian Institute does have an in-house solicitor who may be able to advise anyone who feels they have been unjustly treated.

CT: What does a Christian response to gender dysphoria look like?

Sharon: It’s important to understand that a man cannot in reality become a woman and a woman cannot in reality become a man. So it’s not loving to affirm the idea that a person can be trapped in the wrong body, especially when this could encourage that person to undergo medical interventions that are dangerous physically and psychologically. Ephesians 4:15 tells us as Christians that we are to speak the truth but in love, applying biblical principles without compromise, but with compassion. Our desire, of course, is to point everybody to the life-changing encounter with the Lord Jesus. 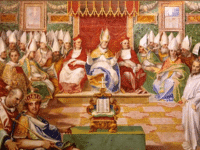 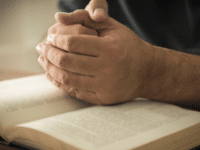 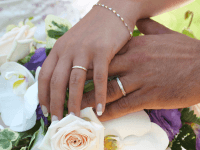