During the coronavirus crisis, the desire to protect vulnerable people has been clear. This is to be welcomed. Government and individuals alike have been – and still are – doing all they can to preserve life. God’s common grace is at work.

At the same time, the question of whether it makes economic sense to allocate life-saving resources to those with certain pre-existing health conditions, including the disabled, has been openly debated.

Let’s be clear, medical staff have always had to make extremely difficult decisions about whether a particular course of treatment should be continued, or interventions taken. But these have always been on a case-by-case basis.

This stands in marked contrast to patients with long-term conditions such as cancer or certain disabilities being told that it is “unlikely” they will be offered a hospital bed and may be left to die should they fall ill. People with learning disabilities have also been asked to fill in ‘do not resuscitate’ (DNR) forms. Columnist Dominic Lawson, whose own daughter has Down’s syndrome, described the situation as “chilling”.

The good news is that there has been significant pushback against these attitudes. The fact that so many people, including many medical staff, have risen to the defence of the elderly and disabled is a cause for thanksgiving.

NHS England for example, issued a statement with Baroness Jane Campbell to clarify that blanket DNR forms should not be issued to the vulnerable during the coronavirus pandemic. Once again, God’s common grace is at work.

However, it draws attention to current attitudes towards disability – and the pernicious idea that certain lives are not worth preserving. It is this same attitude which means, even in 2020, unborn babies believed to have a disability can be aborted up to birth.

The Christian message stands out in its beautiful simplicity and consistency. Christians are not vitalists. We do not believe that when someone is dying every technical means should be pursued indefinitely to keep them alive. But we do see all human life as valuable – including the sick, the frail and disabled. All are made in the image of God and are valuable in his sight. No caveats, no exceptions.

Let us celebrate that our nation is engaged in an unprecedented campaign to save lives. But let us do the same for our most vulnerable. They need protecting too.

‘I was not expected to last 60 seconds’ 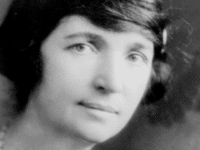 Fact check: Did a YouGov poll find half the British public back ‘trans rights’?