Brexit has happened and the trade negotiations have begun. And just like everyone else, Christians are part of a nation that faces new opportunities as well as new challenges.

Everyone accepts that Brexit will change the economy, jobs, trade, fisheries and agriculture. Whether the impact is good or bad largely depends on your Brexit viewpoint.

The Institute didn’t take sides in the referendum. We are supported by both Leavers and Remainers. But from whatever viewpoint, supporters have been asking about how Brexit affects the sorts of issues that we deal with.

So what can be said? There are at least five things to mention.

1 – There are some areas in which the EU is generally not involved. Take bioethics, for example. In Britain you can create and destroy human embryos for research, but in much of Europe that could land you in jail. In terms of protecting the unborn, the UK is one of the most liberal nations in Europe. Similarly, legalising euthanasia, as in the Netherlands or Belgium, is entirely left to a country to decide. The same is also true of laws on the family, education, drugs, gambling and prostitution. All areas of concern, but not in the remit of the EU.

2 – Troublesome goods and services equality laws came from Tony Blair in Downing Street, not the EU. All of them remain intact after Brexit. These laws shut down all the Roman Catholic adoption agencies in England. They were used against Bideford Town Council in an attempt to stop its 400-year-old practice of starting council meetings with prayer. They were also used against Ashers Baking Company, though the McArthurs ultimately won hands-down in the UK Supreme Court.

3 – The Government has promised to keep the employment laws which originally came from the EU. Such laws are supposed to protect people from discrimination at work. They have sometimes assisted Christians, but can also work against them. They didn’t help Lillian Ladele, the marriage registrar who conscientiously objected to civil partnerships. Whilst churches and Christian organisations can continue to employ Christian staff, there are also restrictions and bureaucratic pitfalls.

4 – Human rights laws continue to apply in the UK. These are not from the EU. The Institute has often successfully used these laws to challenge the wrongful arrest of street preachers (Dale Mcalpine, John Craven), police harassment (Joe and Helen Roberts), denial of free speech (Ben and Sharon Vogelenzang) or compelled speech (Ashers). That said, there have been times when human rights laws have been wrongly used against Christian values.

5 – On LGBT issues the UK is more zealous than the EU. David Cameron pushed same-sex marriage. He didn’t need to. And on transgender rights it’s possible the UK (or Scotland on its own) will go much further than the EU after Brexit.

In summary, Brexit is clearly significant for many issues. But on the Christian issues with which the CI is engaged, either the EU has never been involved, or the immediate Brexit impact is more subtle. Only time will tell.

This is mainly because in so many areas affecting our work successive governments have passed laws not required by the EU. And there is no indication of any policy departure. Just because the freedom is there, doesn’t mean the Government will use it.

In future, any government can more easily change the UK’s laws after Brexit, if they have the political will to do so. Our politicians will be more accountable. Sovereignty is squarely with the UK Parliament. Politicians will no longer be able to blame ‘Europe’ as they have so often done in the past. They cannot evade responsibility.

As you can see, there is still much to do for The Christian Institute. 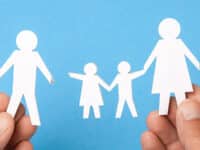 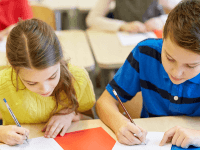 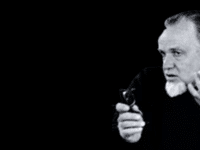