The end of tolerance?

The online Oxford Dictionary describes tolerance as a “willingness to tolerate the existence of opinions or behaviour that one dislikes or disagrees with”.

It is the courteous admission that, in a civilised society, we can countenance behaviour or beliefs different to our own.

For decades now, tolerance has been the zeitgeist of Western culture, its philosophy borne out in laws and in the public square.

Of course, the Christian approach does not make tolerance the trump card. We are called by God to love our neighbours as ourselves, which will mean calling for restrictions on practices that harm individuals and society at large. Some will label this ‘intolerant’, even under the Oxford definition.

In general though, tolerance – when properly understood – is a key principle, essential to democracy itself.

But in the world we inhabit today, there are those who wish to subvert the value of tolerance, arguing that their beliefs should be affirmed – not just tolerated – by everyone else.

The LGBT lobby in particular seems unwilling to accept that others can reasonably disagree with their lifestyle and values.

The Christian Institute has seen this first-hand, most recently in the case of Ashers Baking Company which was taken to court for politely declining to bake a cake with the campaign slogan ‘Support Gay Marriage’.

Several years earlier another of our clients, Adrian Smith, faced a demotion and a 40 per cent pay cut for disagreeing with same-sex marriage on his personal Facebook page.

Many transsexual activists also demand absolute endorsement of their ideas. Worryingly, in some parts of the world they are well on their way to achieving this.

Canada recently passed a law which could compel citizens to use the terms ‘ze’ and ‘zir’, instead of ‘he’ and ‘she’, when they are asked to by a transsexual person.

After the move, Toronto academic Dr Jordan Peterson tweeted: “Compelled speech has come to Canada. We will seriously regret this.”

With the UK Government already doing all it can to ingratiate itself with trans activists, attempts to use the law to enforce trans endorsement may follow here as well.

The LGBT lobby’s sullying of tolerance was perhaps best demonstrated by an incident in Australia earlier this year.

When a Sydney man wrote an open letter calling on Australian Prime Minister Malcolm Turnbull to address LGBT bullying, it was backed by several celebrities, and “cautiously welcomed” by the Australian Christian Lobby.

However, when LGBT readers realised it included the word “tolerance” instead of “acceptance”, a Twitter storm ensued.

One mother of a transsexual teenager said that “equality and acceptance is the starting point”, describing tolerance as a ‘downgrade’. The celebrities pulled out and the man was forced to pen a grovelling apology to the LGBT community.

These are defined as “democracy, the rule of law, individual liberty, and mutual respect and tolerance of those with different faiths and beliefs”.

It remains to be seen if by ‘tolerance’ the Government is on the same page as the Oxford Dictionary or those who would prefer it to mean ‘affirmation’. 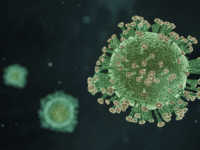 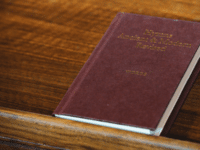 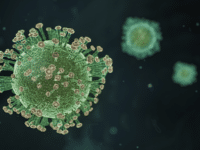