The Scottish Government is currently considering introducing new hate crime laws, with Holyrood’s Justice Committee asking for views on the proposed Hate Crime and Public Order (Scotland) Bill. The closing date for submissions is this Friday.

The existing law covers race, but Scottish ministers want to extend it to cover all the other ‘protected characteristics’, including religion, sexual orientation and transgender identity.

While Christians would never support genuinely threatening or abusive behaviour, it is difficult to approve of this Bill because of some of the things it includes – not least the new ‘stirring up hatred’ offences. Extending the law in this way will have profound consequences for free speech and religious liberty. These new offences could very easily restrict our freedom to proclaim Christ as the only way of salvation or to call people to repent of sin – even in church.

It’s also concerning that the Bill does not include key legal safeguards contained in parallel legislation in England and Wales, making this legislation particularly dangerous.

Conduct need not be threatening or even intended to stir up hatred for an offence to be committed. Instead, the Bill captures any abusive behaviour deemed likely to stir up hatred. An offence could even be unwittingly committed in the privacy of your own home. And there is not nearly enough protection for free speech.

Many who oppose biblical truth claim that disagreeing with them amounts to hatred. The proposed ‘stirring up hatred’ offences would give those hostile to Christianity a new tool to try to close down debate and silence Christians.

An offence could even be unwittingly committed in the privacy of your own home. And there is not nearly enough protection for free speech.

Such laws, especially in today’s climate, would undoubtedly have a chilling effect on free speech. Think of how it could impact student evangelism, a church’s outreach work or Christians seeking to debate moral and ethical issues.

If this Bill becomes law, a great many people will censor themselves, choosing not to voice their own perfectly reasonable views for fear of offending someone who may disagree. A lawful but unpopular view could soon become too risky to say.

This poses a particularly difficult problem for Christians, as we know the gospel will be offensive to many. It tells people they are sinful, that their conduct separates them from God, and that there is no way to heaven except through Jesus. And what’s more, Christians can’t shy away from saying that. Romans 1:16 says “I am not ashamed of the gospel, because it is the power of God that brings salvation to everyone who believes”.

This means if Christians stick to their convictions, standing by the gospel and continuing to explain to people what the Bible says about matters such as sexuality and diversity of religions, then they will inevitably offend. Unfortunately, in a culture where people seem increasingly unable to shrug off that with which they disagree, it is only a matter of time before the police are dragged into the matter.

Disturbingly, church services are not excluded from the proposed changes. A Sunday morning sermon where Christ is preached as the only saviour and all religions are said to be false, or where homosexual behaviour is said to be sinful, could see the preacher prosecuted for stirring up hatred.

A Sunday morning sermon where Christ is preached as the only saviour and all other religions are said to be false, or where homosexual behaviour is said to be sinful, could see the preacher prosecuted for stirring up hatred.

We are already seeing cases of Christians and others with unpopular opinions being investigated by the police over their views, and this is without such loosely-worded legislation being in place.

It is important that Christians oppose this hate crime Bill by responding to the consultation before it closes on Friday 24 July in order to preserve freedom of religion and expression both for themselves and for the next generation. 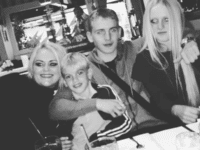