The SEF calls it “an annual celebration of excellent Relationships and Sex Education that educates children and young people about healthy relationships and positive sexual health”.

New laws on RSE in England come into force this September but the Department for Education recently wrote to schools to tell them that due to coronavirus closures, they could delay first teaching of these lessons until the beginning of the summer term 2021 if they need to.

A great deal of the content should be uncontroversial – it addresses issues such as bullying and friendships. It will also help teach children and young people to understand the dangers of sexting and keeping themselves safe online. But it also means the sex-ed industry can sell materials to schools that promote permissive attitudes to a wide range of sexual practices outside of marriage, LGB lifestyles and transgender ideology.

Warwickshire County Council took this route. In conjunction with a sex education ‘expert’, it created All About Me, which it promptly rolled out to over 200 primary schools.

The Council claimed the program “is not sex education” and largely classified the content as Relationships Education, from which there is no automatic parental right to opt-out.

The programme also included misleading guidance for teachers on transgenderism and encouraged children to believe their gender is determined by how they feel instead of biological reality.

It failed to apply equality, human rights or education law correctly and it put schools at risk of breaching their legal obligations.

The Council reluctantly dropped it, but only after protracted talks with Christian Institute lawyers, which threatened legal action against it.

But issues with inappropriate materials for schools is not a new thing. The Christian Institute’s ‘Too Much, Too Young’ briefing highlighted a catalogue of inappropriate teaching materials being used by schools around the country – including many recommended by the Sex Education Forum, the champions of ‘RSE Day’.

So-called sex educators are very keen on promoting LGBT relationships and sexual promiscuity, where any kind of sexual relationship is perfectly fine, so long as it is consensual. But they rarely talk about marriage. They would have you believe that heterosexual marriage is just one kind of relationship among many, but that is simply not true.

The Bible is clear that marriage between one man and one woman is the only acceptable relationship for sexual unions to take place. It’s part of God’s good plan for this world. The relationship between a man and his wife is perfectly designed to reflect both Christ’s headship of the church, and his love for it.

It’s also great for society. We know that children do best when they live with both mother and father, and when those parents are married, rather than just cohabiting.

The new law on RSE requires schools to teach the nature of marriage (and civil partnership) and their importance for family life and the bringing up of children. Schools are also legally required to consult parents before they write their policy and to provide education which is appropriate to both the age and religious background of pupils.

That’s why, when schools consult with parents over the content of their RSE curriculums, Christian parents have a duty to speak up and take a stand for biblical marriage and ensure it is taught in the classroom, not as one relationship among many, but as the gold standard for relationships.

For the facts on what schools can and can’t teach in the name of equality, watch our Equipped for Equality series and read the booklet. 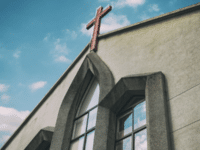 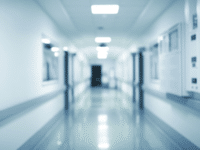 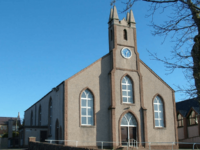 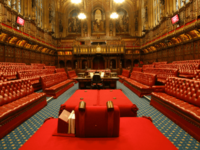