Women’s sport is on the rise. Initiatives such as the ‘This Girl Can’ campaign have seen an unprecedented increase in female participation. The heroics of the England Lionesses at the 2019 World Cup led to growth across all levels of the women’s game. Greater media coverage has made female role models in sport far more visible to the next generation of sporting greats.

But in a society seemingly intent on making the distinctions between male and female irrelevant, the risk is that women’s sport will also become irrelevant.

There are good reasons why we organise sport into male and female categories. A biological male will have an unfair advantage over a biological female – this is uncontroversial. Or used to be. Debate on the subject has intensified as a result of President Biden’s Executive ‘non-discrimination order’, which could allow biological males, who identify as female, to compete in women’s events.

In the US, a research group recently completed a study comparing the race times and distances thrown and jumped of high school boys with female Olympians. The results were striking. In Rio 2016, if teenage boys had been allowed to compete in the female 100m final, the fastest female athlete would have finished last. The overall track and field medal count would have resulted in just one gold medal for a female athlete. This helps put the trans debate in context. Teenage boys are capable of beating even the top female athletes.

Teenage boys are capable of beating even the top female athletes.

But this is not just ‘an American problem’. The pressure is on in the UK too. And while questions are often brushed aside with vague sentiments – designed to evade hard questions – there are serious implications for women’s sport.

Sporting categories exist because of the significant difference between male and female bodies. From puberty, boys have larger muscle mass, bones and heart capacity. No amount of ideological pressure can undo that.

There seems to be a general recognition amongst sport’s governing bodies of the complexity of the issue. And so there are various policy ideas on how trans athletes can be accommodated, which usually involves lowering testosterone levels in the blood. World Athletics, for example, sets the limit at five nanomoles per litre.

From puberty, boys have larger muscle mass, bones and heart capacity. No amount of ideological pressure can undo that.

However, former British Olympic swimmer Sharron Davies says even this is unworkable. Davies was famously denied an Olympic gold medal in 1980 by rival Petra Schneider, who subsequently admitted to taking performance enhancing drugs. As a result, she recognises the appalling injustice of an unfair playing field. 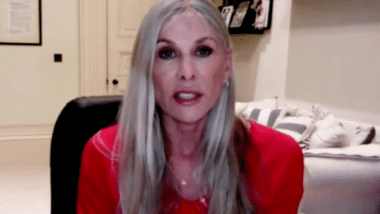 Davies has described how East German athletes would stop using steroids and testosterone before competitions to evade drug testers. However, crucially, they would retain the muscle they had built up in training, giving them a clear advantage. She described competing under such circumstances as “pointless”. Fellow athletes, past and present, including well-known retirees such as Lady Mary Peters, Sally Gunnell, Dame Kelly Holmes and Nicola Adams, have also voiced concerns about allowing athletes who were born male to compete in women’s events.

She cited the Canadian cyclist who won a cycling world title under the name Rachel McKinnon as an example. Navratilova explained that, whilst McKinnon’s testosterone was within permitted levels, “at 6ft tall and weighing more than 14 stone, she appeared to have a substantial advantage in muscle mass over her rivals.” 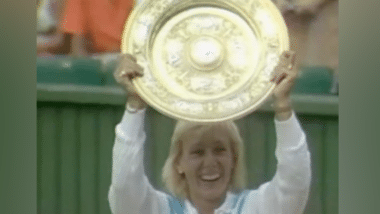 And it should be noted that, however vocal the trans activists appear in the media, they do not represent the majority view. In 2019, a ComRes poll found that almost two thirds of the British public agreed with Navratilova.

“The science is clear”, says Dr Nicola Williams from Fair Play for Women, that growing up male “will give transgender athletes a lifelong edge that simply cannot be fully reversed by a period of testosterone suppression”.

There has, however, been some common sense on display. World Rugby, representing a sport with obvious concerns for player welfare, has published guidelines saying that due to “safety”, men should not be able to compete against women. The RFU – the governing body for rugby union in England – has inexplicably refused to put these protections in place, claiming it needs to see “further scientific evidence”.

It’s an issue that lies at the heart of the future of women’s sport. It is not a question of discrimination, but rather one of fairness. If young girls are unable to compete in high-level competition, they will simply stop playing – with all the negative outcomes that brings for individuals and society. Sporting bodies must urgently put in place fair policies to protect female athletes. 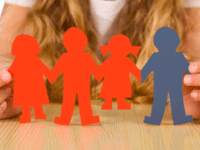 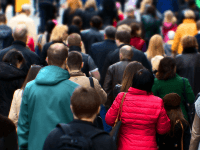 The Value of Human Life

Dr Ling interview: ‘Beyond the reprehensible statistics, abortion is a barbaric and bloody reality’