On 15 May 1984, Francis Schaeffer, the renowned Christian thinker, went to be with the Lord.

Schaeffer was a distinguished author, writing prolifically on the importance of a Christian worldview that applies faith to all areas of life.

He argued strongly for robust Christian engagement in a culture that had departed from absolute truth.

Born in Pennsylvania in 1912, Schaeffer was converted to the Christian faith aged 17 and, despite hostility from his parents, soon began training for the ministry.

He became deeply concerned that society was only looking for answers to human problems using human reason, and in doing so ignored God. This emotional, spiritual, and intellectual passion found expression in twenty-two books.

Schaeffer’s Death in the City (1969) and a string of other books such as Escape from Reason (1968) castigated the religious establishment for not strongly challenging the irrationality of a secular worldview.

However, Schaeffer was no detached academic. He felt deep love and compassion for his fellow human beings and was arguably the first evangelical to thoughtfully engage with the 1960s ‘counter culture’.

Schaeffer and his wife Edith opened up their home in the Swiss Alps. L’Abri (the Shelter) became a refuge for the victims of a culture that denied human beings meaning, dignity, and hope.

There he listened to the stories of young people whose lives seemingly had no purpose. And by patient questioning and logical reasoning, he exposed the folly, futility, and inconsistency of a godless worldview.

Al Mohler says of him: “Schaeffer served as a prophet of cultural engagement during an age of rebellion among America’s youth, and he shaped the thinking of an entire generation of theologically-minded Christian young people”.

But it was galvanising evangelicals to take a pro-life stance and enter the public square that may prove to be his most enduring legacy. His film series ‘Whatever Happened to the Human Race?’ introduced many Christians to the need for a biblical worldview on abortion, euthanasia and more.

Half a century on from the publication of Schaeffer’s seminal works, our culture spins ever faster into irrationality.

Now we look at our society and see not only the collapse of any consensus on ethics and morality but also the weakening of any agreement on human identity itself.

Like Francis Schaeffer, we need to hold out the glory of God’s truth in an age that seeks to deny the possibility of absolute truth. 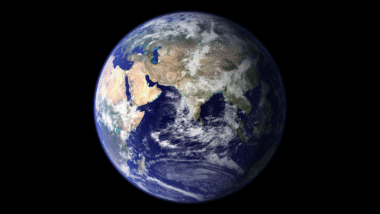 In a culture that has deliberately turned away from God, what basis is there for morality?