On 28 July 2016, the UK Supreme Court dramatically struck down the central provisions of the Scottish Government’s Named Person scheme.

After a lengthy legal battle five of the UK’s most senior judges unanimously ruled that the key aspects of the scheme were unlawful.

The ruling was a vindication for parents across Scotland.

The ‘State Snooper scheme’ – as it was dubbed by the press – would have given every child in Scotland a “named person” – an employee of the state to oversee their ‘wellbeing’.

The potential for overreach was immense. One leaflet even stated that the named person should ensure a child gets a say in what they watch on television.

The scheme endured many months of hostility and derision from the Scottish public. David Dimbleby was famously unable to hide his bewilderment on Question Time, describing the scheme as “stranger and stranger”.

Parents, academics and professional bodies were all concerned and The Christian Institute spearheaded a judicial review of the Children and Young People (Scotland) Act.

The case eventually reached the UK Supreme Court. In a historic ruling, the Court decided that the information sharing provisions breached the right to a private and family life under Article 8 of the European Convention on Human Rights.

In one devastating line from the judgment, justices observed:

“The first thing that a totalitarian regime tries to do is to get at the children, to distance them from the subversive, varied influences of their families, and indoctrinate them in their rulers’ view of the world.” [Paragraph 73]

“The first thing that a totalitarian regime tries to do is to get at the children, to distance them from the subversive, varied influences of their families, and indoctrinate them in their rulers’ view of the world.” [Paragraph 73]

The judgment was a wonderful answer to our prayers.

Yet, instead of withdrawing it completely, the Scottish Government continues to try and salvage something from the wreckage.

The revised scheme has been consistently controversial – and never far from the headlines. Causing severe embarrassment for the Scottish Government along the way.

In June 2017, the Government released a greatly watered-down version of the original plan, which made clear that any advice offered by a named person is entirely optional. However MSPs demanded a “workable” code of practice before they would agree to progress the Bill.

In January this year, those tasked with reworking the scheme admitted they are struggling. And just this month, a newspaper investigation revealed that there are a staggering 3,000 state guardians in place across Scotland.

The confusion needs to end.

Lesley Scott, spokeswoman for the No to Named Persons campaign, called for the Government to scrap the scheme “once and for all”.

scrap this scheme once and for all

Whatever sort of Named Person scheme eventually appears, as a result of our legal action it will be a shadow of the intrusive, Big Brother scheme the court struck down.

The Supreme Court’s judgment represents a victory for the freedom of families across the UK. 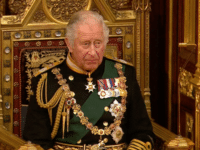 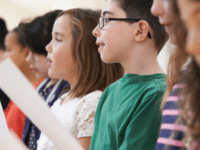 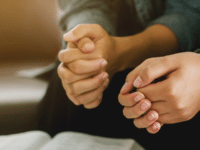