Publicly recognised as one of the UK’s greatest humanitarians, Josephine Butler was instrumental in transforming the lives of women and girls. The effects are still felt today.

Among many achievements, her tireless campaigning led to the Criminal Law Amendment Act of 1885. As well as raising the age of consent from 13 to 16 for girls, the Act made it a criminal offence to procure girls for prostitution.

Born on 13 April 1828 in Northumberland, Josephine’s early influences were key to her later work. Both her parents possessed a devout Christian faith. Her father, John Grey, was a staunch ally of William Wilberforce and a strong advocate of social reform.

Josephine became increasingly concerned about the plight of young women. She took particular exception to how inadequate legal provision left poor girls vulnerable to predatory men who could use them for sex with little to fear from the authorities. It was, she said, a “bitter case of wrong inflicted on a very young girl”.

“bitter case of wrong inflicted on a very young girl”

At the time, there was no law against having sex with a girl aged twelve or older. She had no automatic protection in law and was considered old enough to consent to sexual activity. “The law appears to proceed upon the principle that those who require every possible protection shall have none at all”, wrote Josephine.

Her daughter tragically died in 1863. But through personal loss, Josephine grew stronger in her faith and deeper in her compassion for others. She “became possessed with an irresistible desire to go forth and find some pain keener than my own”.

Josephine was appalled at the unwillingness of politicians, the judiciary, and the press to acknowledge the problem, and resolved to do something about it herself. It was her campaigning that led to the Criminal Law Amendment Act in 1885, which protected children from sexual exploitation.

Alongside this ran her other great battle against state-sanctioned prostitution. Society outwardly condemned prostitutes while turning a blind eye to the men who paid for them.

This double standard was exemplified in the Contagious Diseases Acts, enforced in many garrison towns and ports. Police were permitted to arrest innocent women and force them to undertake an intrusive examination for venereal disease.

While she abhorred the practice of prostitution, Josephine opened her home to the women involved. She later established centres to care for prostitutes or those at risk.

“I long to have a hundred voices, that with all of them I might pray without ceasing that Christ will come quickly and deliver for ever the poor groaning world”

Like Wilberforce and Shaftesbury before, her work faced serious opposition. She was derided by her contemporaries who saw this as a totally inappropriate environment for a respectable woman. It took tremendous courage to speak out on a subject that had previously been unmentionable.

Over the next few years, Josephine strove to be a Christian influence in the public square. Organising over 900 public meetings, writing books and pamphlets on prostitution and collecting millions of signatures for petitions. After years of battling, the Contagious Diseases Acts were finally repealed in 1886.

Josephine was an immensely talented individual, fiercely intelligent and fluent in multiple languages. Through personal loss and poor health, she developed a strong empathy with others’ pain.

She wrote in her diary: “I long to have a hundred voices, that with all of them I might pray without ceasing that Christ will come quickly and deliver for ever the poor groaning world”.

How we need Christian leaders of Josephine’s calibre and moral conviction today to fight injustice and exploitation in the UK and beyond. 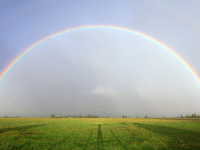 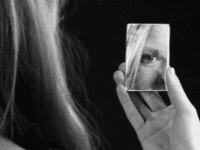