These are all issues of concern to Christians. Some are ‘conscience votes’ where MPs are free to vote without a party whip, which underlines the importance of finding out what individual election candidates think.

Biblical Christians believe that the Gospel is paramount. Salvation is only found in Christ, not in any political programme. Yet followers of Christ are to care about their world, being salt and light in our society. And in order for that to happen, and for evangelism, there has to be freedom for the Gospel. Religious liberty is a crucial issue.

Christians in Britain have enjoyed remarkable freedom for centuries, which was hard won down the years. Many Christians elsewhere in the world do not have such freedom and we must pray for them. Our political leaders must do more to combat the persecution of Christians abroad.

Yet here in the UK religious liberty is being increasingly challenged. Street preachers have been arrested. Christians have lost their jobs for answering questions about their faith or for taking an ethical stand. Christians in business have come into conflict with equality laws and faced fines for holding to the belief that marriage is between a man and a woman.

Many Christians are also gravely concerned about legislative proposals that intrude into ordinary family life, evangelism and the running of the local church. Christians believe that governing authorities are established by God, but at the same time the Government is not responsible for everything. Indeed, if there is to be freedom, it must not be.

It is important to say that society is more than the state. Society is made up of families and many institutions and organisations between the state and the citizen. In the UK, unlike Communist countries, we do not equate society with the State. Government by itself cannot solve all our problems or even come remotely close. 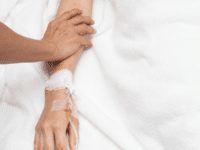