Dr Ling interview: ‘Beyond the reprehensible statistics, abortion is a barbaric and bloody reality’

According to Department of Health and Social Care figures, the number and rate of abortions in England and Wales are at an all-time high.

Government statistics also show a sharp rise in unsupervised chemical abortions, where women can take abortion pills at home if the unborn child is less than ten weeks old.

all human life from day one onwards is special and precious, to be protected and cherished

In an interview with the Institute’s Simon Calvert, bioethics expert Dr John Ling described the current levels of abortion as “ethically reprehensible”.

Dr Ling helped to found Evangelicals for LIFE and has lectured, debated and written on bioethical issues for over thirty years. Prior to his retirement, he was a lecturer in biochemistry and bioethics at the Institute of Biological Sciences at the University of Wales in Aberystwyth.

In his booklet, When does human life begin?, written for The Christian Institute, Dr Ling shows how the Bible teaches that life begins “at no time other than at conception” and that “all human life from day one onwards is special and precious, to be protected and cherished”.

Labelling the 210,860 abortions last year as “abhorrent”, the bioethicist sought to convey the shocking reality of the problem confronting us.

“There must be, in England and Wales, on every weekday, about 800 abortions. So that’s 800 every Monday, every Tuesday, every Wednesday, every Thursday, every Friday,” a situation he described as “horrendous”.

“There’s nowhere to hide, is there, from that sort of figure? It mocks us, it really does, as a society, as a country.”

Responding to the possibility of emergency Covid regulations for ‘DIY’ home abortions being extended, Dr Ling raised concerns about the traumatic effect on women having to dispose of a “sizeable” foetus in the home and the associated dangers of undergoing abortion without medical supervision. He feared the Government may opt to retain the measures as a matter of convenience.

On the subject of disability, the bioethicist said that, “as a society”, we had a “strange relationship” with the disabled. He explained that, whilst “we love them”, provide for them, and support them, “we’re still aborting over 3000″ disabled people every year.

We’re not talking about just a collection of cells. You and I were once embryos and foetuses

Asked how we might persuade people who support abortion to think again, Dr Ling highlighted the importance of educating people about “what, in particular, is being aborted”.

“We’re not talking about just a collection of cells. You and I were once embryos and foetuses”.

He expressed bewilderment that, in the face of the beauty and wonder we see in the development of an unborn child, someone could still decide that such a life was not worth living and take it.

“Where is the dignity? Where is the wonderfulness of new human life?” he asked. “There’s a callousness to abortion that I wouldn’t want anyone to forget. It is a barbaric and a bloody reality”.

“We should never forget that, and what it does to the unborn child.” 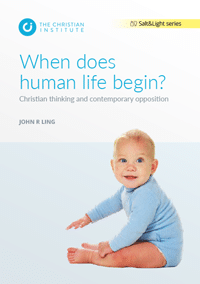 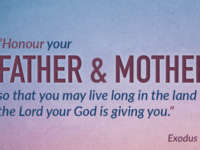