A new study claiming that smacking damages children has been published in The Lancet and widely reported in the press.

The ‘narrative review’ is written by activist academics who equate smacking with hitting, and even “violence”, as they seek to persuade policymakers to criminalise parents for the lightest of smacks.

It seems that every few months, a new report appears claiming that an outright ban on smacking should be immediately implemented. Once again, we are told that smacking increases bad behaviour among children and causes any number of harms for years to come. The same authors offer the same point of view driven by the same ideology. In short, it is simply another paper engineered to boost the campaign against reasonable parental discipline.

One key feature all these reports share is misinterpretation of the data. Like the majority of studies on the issue of smacking, this latest literature review crucially fails to distinguish between loving discipline and parental abuse.

The review simply cannot speak about mums and dads who gently tap their child on the back of the hand. Heavy punishment, which is already criminal, has not been fully excluded. This means the data can still include cruel and abusive practices.

One key feature all these reports share is misinterpretation of the data.

Of course, the evidence does not show that infrequent mild smacking leads to poorer outcomes for children.

In fact, the review markedly ignores important distinctions in order to make the findings “accessible to policy makers, community leaders, and practitioners”. The authors make a stunning admission: it “does not take into account the number of participants in a study” or the extent to which they were affected.

the researchers actually excluded over 95% of  relevant studies

To the ordinary person a summary of “the past two decades of research” implies authoritative work. People are not told that the researchers actually excluded over 95% of  relevant studies. Just 68 of 1515 relevant papers were used! It’s no surprise that these include the authors’ own studies. Even then, there are statements based on just one study. This falls a long way short of being a comprehensive review.

Policymakers would do well to steer clear. Not only is it misleading about the scientific data, but the string of demands made by the authors betrays the lack of impartiality. They do not hide their desire for political influence, calling for bizarre ‘no-hit zones’ in supermarkets and hospitals, alongside changes to education and the law.

The agenda is revealed most clearly in the following, incredibly patronising statement:

“The continued prevalence of physical punishment suggests that parents are not receiving, or not believing, the message that it is both ineffective and potentially harmful to their children’s health and development.” ‘Inaccessible’ research is the culprit for parents’ “lack of knowledge”, it goes on to explain.

The self-proclaimed parenting experts are troubled that ignorant parents don’t believe them. They do not trouble to question whether this is because the overwhelming majority of the 85% of us who were smacked as children know that our parents were not child abusers.

Those calling for a smacking ban are entitled to believe smacking isn’t for them or their children. But they have no justification for demanding that loving parents be criminalised. Those parents should be trusted to care for their own children, without fear of the police and social services turning up at the door.

Head of Research, The Christian Institute 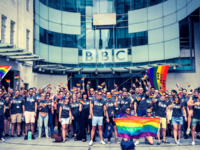 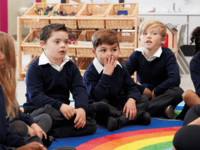