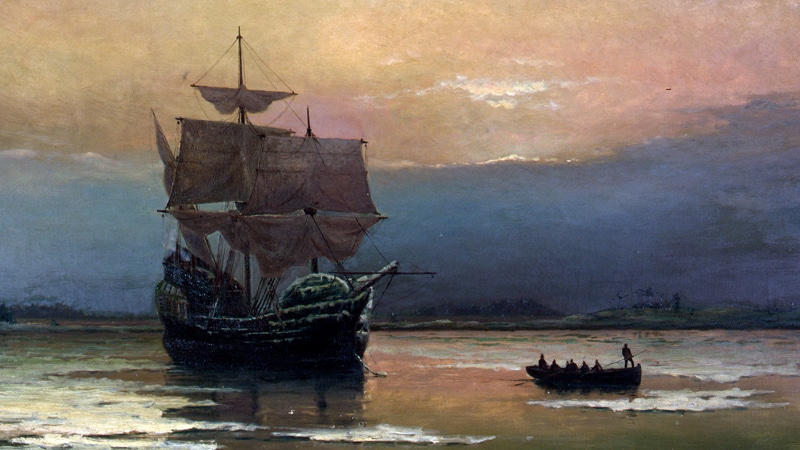 The Pilgrim Fathers and early settlements

On 13 November 1620, the passengers of the Mayflower stepped ashore after 65 days at sea. Many earnestly desired to worship God in simplicity and truth but soon realised that the corruptions they sought so hard to escape had followed hard on their heels. Half of their fellow travellers had little enthusiasm for their biblical ideals, and within a few months 52 would die. The remainder saw years of hardship, conflict and disappointment before the struggling Plymouth colony faded in the shadow of other expeditions settling to the north in Boston.